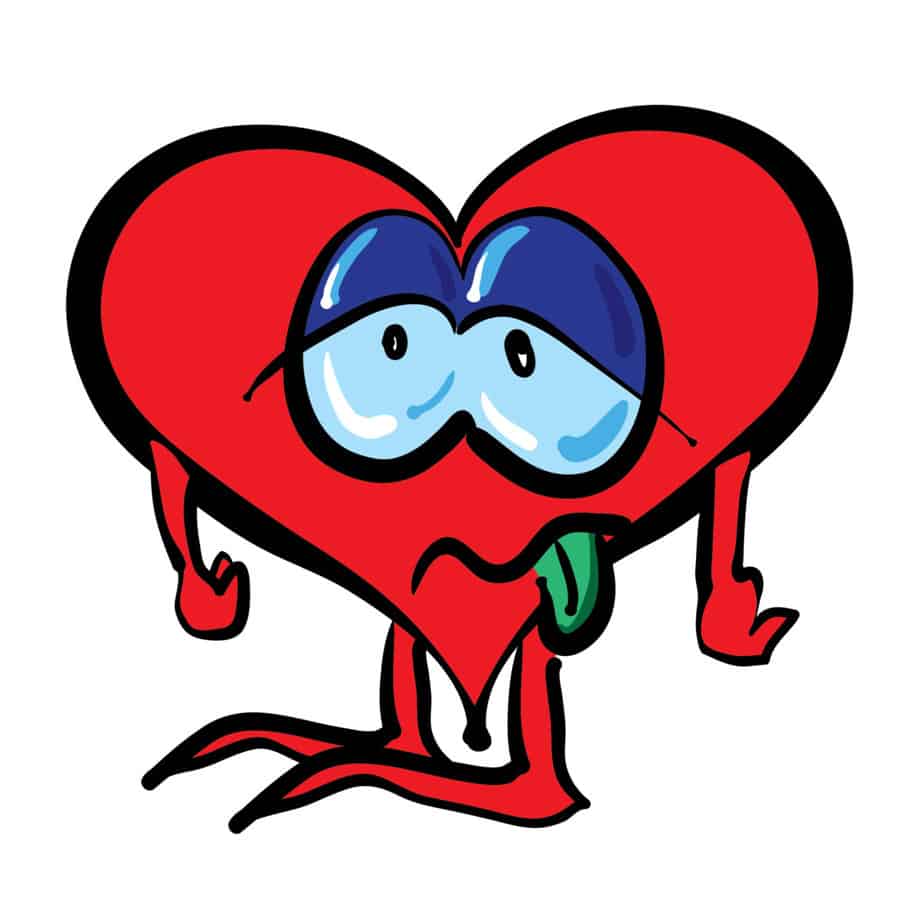 SVT attacks can deprive the body of precious oxygen leading to the shut-down of vital organs. In this article, we discuss why oxygen levels drop after an SVT attack, how the body reacts, and the implications on SVT treatment.

In SVT attacks, the heart beats three, four, or even five times faster than usual. The heart’s role is to pump blood and oxygen to the cells, tissues, and organs for their proper functioning. When the heart works at such a high rate, its contractions become ineffective. It can no longer pump the same amount of blood and oxygen into the body, resulting in a low oxygen concentration.

Why do we need oxygen and what is oxygen saturation?

Oxygen is the most fundamental fuel required by the body. For every cell to perform its function, it must extract energy from chemical reactions called aerobic respiration – oxygen is the key ingredient in this recipe.

Oxygen travels in the bloodstream, attached to a chemical in the red blood cells called hemoglobin.

Thanks to the body’s intricate network of blood vessels, blood and oxygen can reach every part of the body. The work-horse for this infrastructure is the heart, and most specifically its large muscular pumping chamber called the left ventricle.

It is no surprise that when there is a problem affecting the heart (such as SVT), the oxygen levels will be directly affected too.

Oxygen saturations are one way to estimate the amount of oxygen available in the blood. It refers to the percentage of oxygen carried in each cell’s hemoglobin.

The normal range is typically 94-99%. This level can quickly be measured using a pulse oximeter and responds rapidly to changes in heart and lung status, such as SVT attacks.

What happens to oxygen levels during SVT attacks?

In SVT the sinoatrial node temporarily stops setting the heart rate, and another part of the heart takes over. This is usually from around the top chambers of the heart, in very high-speed electrical pathways.

These parts of the heart have direct communication with the left ventricle and can bypass another structure called the atrioventricular node, which is the heart’s natural safety net to prevent the heart rate from accelerating too high.

As a result, during an SVT attack, the heart rate becomes dangerously fast, often approaching 300 beats per minute (five times faster than the average rate).

When the heart rate is so high, the following things happen in the heart, resulting in reduced oxygen saturation:

The net effect of all this is insufficient oxygen to the organs and tissues.

The body’s response is to try and immediately make available as much oxygen as possible, so rather than holding onto oxygen the hemoglobin releases it wherever possible.

This reduction in the percentage of oxygen stuck to hemoglobin is reflected in a drop in oxygen saturations; usually a pulse oximeter reading of less than 94%.

How does the body react to low oxygen saturation?

Initially, when the oxygen saturation levels drop, the body adapts rapidly and dramatically to conserve oxygen to where it is most needed (5).

Akin to saving the last drops of gas in a car, turning off non-essential functions such as the radio and air-conditioning, the body enters a similar state of controlled shut-down. Some of the initial adaptations include:

Usually, these measures are sufficient to compensate for the temporarily reduced oxygen saturations during and after an SVT attack.

However, if the SVT does not stop by itself, with treatment, or continues for a longer period, the following furthermore dangerous adaptations occur:

If the SVT is unchecked, the drop in oxygen saturations will eventually become so severe and sustained that the brain will shut down (coma) and the heart will stop (cardiac arrest).

Luckily, this is a rare consequence of SVT, which can usually be recognized quickly and treated effectively with minimal long-term consequence.

However, an understanding of these physiological mechanisms by people who have SVT attacks, and their family and friends, is of the utmost importance to facilitate timely and effective treatment to stop the attack.

There are three main strategies in the treatment of SVT attacks that are all related to preventing oxygen saturations from falling too low and avoiding the catastrophic consequences above:

There are three main strategies in the treatment of SVT attacks that are all related to preventing oxygen saturations from falling too low and avoiding the catastrophic consequences above:

Give extra oxygen: in order to make up the temporary deficit, extra oxygen is given to top up the body’s lacking supply. This may be through the nose, with a facemask, or more invasive breathing equipment. The oxygen saturations are closely monitored to check how effective the treatment is. This buys precious time during an attack to treat the underlying cause.

Practice diaphragmatic breathing: the decrease in oxygen concentration after an SVT attack is not permanent. The body will recover from the great effort made, and everything will return to normal. However, mastering a technique that helps us keep our oxygen saturation within normal limits for a longer period when needed will save us from a trip to the hospital or a panic attack. Increasing respiratory capacity through diaphragmatic breathing will lead to better oxygenation of the whole body.

Correct your posture: body posture also influences oxygen saturation. If we are with our shoulders hunched forward, lungs will be restricted, and breathing compromised. For the lungs to function normally, the back must be straight and the shoulders brought back.

Treat the underlying cause: the mainstay of this strategy is to slow the heart rate down and stop dangerous conduction in the abnormal electrical pathways. Drugs such as beta-blockers or calcium channel blockers can be given orally or intravenously to slow the heart rate down sufficiently so that the sinoatrial node can re-establish normal function. The treatment of SVT is discussed in other articles on this website.

Prevent further attacks: this may include tablets to stop an attack quickly when it starts (‘pill-in-pocket’ approach), regular tablets to take to slow the heart down (e.g. beta-blockers), or definitive treatment of an extra fast electric pathway in the heart (radiofrequency ablation). Prevention also includes changing your lifestyle in terms of diet, sleep, exercise, and stress, representing an essential component of maintaining a healthy heart

Oxygen is needed constantly by every cell in our bodies.

During the SVT attacks, the rapid heart rate prevents oxygen from getting to all the tissues and organs leading to a drop in oxygen saturation.

Unchecked, this can eventually lead to coma, cardiac arrest, and death. Fortunately, our understanding of blood oxygen levels has led to effective treatments for SVT which, if given in a timely fashion, lead to very good outcomes from this life-threatening condition. It is important that people who have SVT and their loved-ones understand the effect of attacks on oxygen levels so they can pick up the signs and seek help early.

The content of this article does not constitute medical advice by a registered healthcare professional. Please consult your physician before starting any new diet, treatment or exercise.