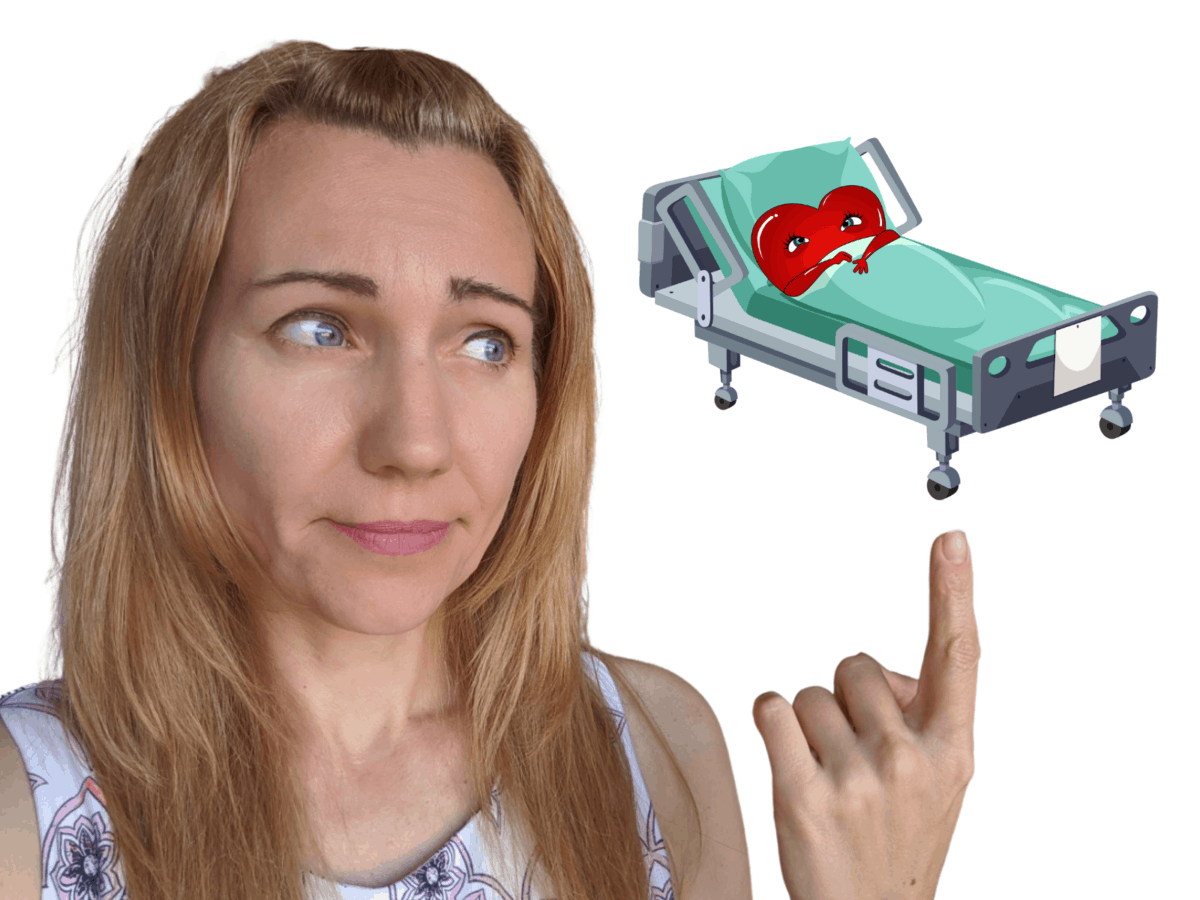 Ablation is a minimally invasive procedure

Let’s imagine that there is a main street where all cars go but sometimes in certain situations and for specific reasons the cars take another road that is not the right one.

It’s like deviating from the main road and making a detour to reach the destination. Sometimes cars go around, other times they go in a circle on the wrong path. When there is a detour at the level of the electrical circuit in the heart, the arrhythmia appears.

Through the ablation procedure, the specialist will burn the wrong electrical path. As a result of this process, the cells in the heart lose their elasticity and conductivity, which means that the electric current can no longer pass through.

As if a street is blocked and cars can no longer pass by.

Depending on the hospital and the specialist you choose, there are two types of methods:

The specialists, called electrophysiologists, say that both approaches are non-surgical and least invasive forms of treatment for supraventricular tachycardia. The procedure undergoes in the electrophysiology laboratory, which is a sterile environment.

An ablation is a procedure where the doctor cauterizes the cells of the heart that causes arrhythmia with electrodes.

The difficult part is getting the electrode inside the body up to the heart. To do this, the doctor will make a small opening in the groin area and insert a catheter through a vein. The patient will be under mild sedation and local anesthesia.

The vital functions of the patient are strictly monitored. Usually, the patient is conscious throughout the procedure, but there are also clinics where they have an option for total sedation.

A catheter is a thin and flexible plastic tube like those ones used for delivering intravenous medication. The catheter used for ablation is very long, and on one side, it has an electrode which will deliver heat to burn the abnormal tissue.

Insertion of this tube into the vein up to the heart is done carefully and slowly to maintain the integrity of vein and the heart.

They have a special device that captures images through x-rays and guide them through the procedure. These images will help the doctor to see how to navigate the catheter to the problematic area. It is like having a GPS inside the heart.

Once the doctor can identify the area in the heart that causes the palpitations, he or she will burn the abnormal heart cells delivering small waves of heat.

The complications of an SVT ablation

According to one study, ablation can present major complications (perforations, access complications, bleeding, pulmonary edema) in 0.8% of SVT cases.

Although this procedure is said to have a low risk of developing complications, we will describe what problems might occur during or after the ablation. Here there are some of them:

As stated by NHS Foundation Trust, Queen Elizabeth Hospital Birmingham, The risk of dying from this procedure or from one of the above complications is less than 1 in 10 000 (0.01%).

Is catheter ablation the best option for your SVT?

The cardiologists’ consider ablation a curative therapy with a success rate of over 90%. The ideal candidate for ablation must meet one or more conditions such as:

For patients who have rare episodes of tachycardia or can control these symptoms through various techniques and medication, for them, ablation might not be the best solution.

However, the choice belongs entirely to the patient, but he or she is helped by the specialized and precious indications of the cardiologist.

How to prepare for SVT ablation?

What should I expect after SVT ablation?

The ablation lasts between 2 and 6 hours. However, the length of the operation depends on how many areas need to be cauterized, and the possible complications that may occur.

After the catheters are removed, the artery is compressed at the puncture site. You will be instructed to rest in bed, lying flat with your leg straight for 6 to 8 hours after ablation. Your nurse will inform you when you can get up.

To achieve compression, a dressing is applied that must be kept for 24 hours or as long as the specialist indicates to avoid bleeding.

The nurse will carefully monitor your heart rate, blood pressure, and heartbeat. If you notice any signs of swelling, bleeding, or pain at the site of insertion of the catheter, or if you experience chest pain, inform your doctor or nurse immediately.

Before being discharged, you will receive written instructions from the nurse explaining the physical recovery treatment you should do after leaving the hospital. Often patients are prescribed aspirin for 2 to 4 weeks after the procedure to prevent clot formation at the site of ablation.

What should I do after being discharged from the hospital?

People typically resume their daily activities one day after being discharged. The doctor or the nurse will give you instructions to follow for optimal recovery.

You will be advised not to drive or drink alcohol for 24 hours after being discharged and to avoid strenuous physical activities for the next 72 hours. You can ask your doctor about a safe time to resume vigorous activities.

You might notice a small bruise on the site of catheter insertion; this is normal. However, if you experience bleeding, have someone call the hospital and lie down straight while applying pressure on the puncture site.

What should I do if I don’t feel well after my SVT ablation?

You should call an ambulance if the bruise starts swelling rapidly or applying pressure does not stop bleeding.

Are there alternative remedies I should consider for treating SVT?

Alternative treatments are useful in treating arrhythmias, but we must consult a specialist who will recommend the appropriate therapies for the type of arrhythmia we have.

As individuals, we are each different, and unlike traditional medicine, when we talk about an alternative treatment, there is no standard treatment for everyone.

If you want to be successful in using alternative methods, find an excellent integrative heart doctor, discover the cause of your tachycardia and follow the treatment indicated by the specialist. Most of the time, you will not only have to drink tea or take a supplement, but the program will be much more complicated, including changes in lifestyle like diet, sleep and exercise.

Will I need medicine or another procedure after my first SVT ablation?

Recovery after ablation for some patients is straightforward. Their quality of life improves, and they may no longer have palpitations or episodes of SVT. In this situation, the ablation was beneficial, and we can say that the patient is cured.

Depending on the particularity of each case, the cardiologist will decide whether the patient will continue, reduce or stop the medication after ablation.

However, other patients may experience ectopics or SVT attacks afterwards. It is not uncommon to have occasional SVT episodes or annoying flip-flops during the first few weeks after the ablation.

The heart needs three months to heal from the trauma experienced during the procedure. If you haven’t become SVT free after three months of ablation and the symptoms return the same or even more pronounced than before, the doctor may indicate the need for a second ablation.

The recovery period after SVT ablation

The recovery time varies from person to person and depends on multiple factors. Thus, it is essential to let your body take its time to heal. The destroyed/ablated heart tissue can take as many as four weeks to heal, and during this time, you may still experience arrhythmia.

Your doctor might prescribe antiarrhythmic drugs as well as other treatments to minimize the symptoms as you recover. Even though this procedure is minimally invasive, be sure to relax and not to overexert yourself while your body heals.

The success rate of SVT ablation

Most forms of SVT can be treated with ablation, and the initial success rate is higher than 90%. Recurrent rate of SVT after ablation is about 5%.

To successfully treat a patient using catheter ablation, it is vital to be able to induce supraventricular tachycardia in the patient. While this is usually possible in most of the patients, in some cases, SVT cannot be triggered and thus, it is difficult to treat the patient using ablation.

Do the benefits of SVT ablation outweigh the risk?

For many people, their hope of complete recovery with ablation makes the procedure worth the risk involved. However, for those with fewer symptoms or conditions in which ablation is not likely to be very useful, the benefits may not outweigh the risk.

What to expect from a specialist in SVT ablation?

When you decide to make an appointment with a cardiologist, it is imperative to choose a well-experienced doctor with whom you can communicate according to your needs.

When you buy a house, you don’t take the first one you see listed in the newspaper.

This is not even a house; it is about the quality of your life from now on. For excellent outcomes towards your heart health, you need the best doctor.

You should search on the internet, ask friends, read reviews left by other patients, visit his or her website, ask questions at the reception, get as much information about this doctor as you can.

You may be wondering what should be your expectations from a specialist?

Three things, in my opinion, are a must: communication, expertise and a multifaceted approach to heart care.

It would help if you had a specialist who cares about you as a person and supports you regarding the choice of your treatment. You may also want a doctor who can give you some other selection of treatment except pills and ablation, which should be the last resort if nothing else works.

If you feel that you are not being listened to or you cannot connect with your doctor, you can seek a second opinion.

link to 9 Foods to Ease your Anxiety and SVT symptoms

SVT and anxiety are two conditions that can cause a lot of problems in someone's life. It's well-known that what we eat can have a huge impact on both our physical and mental health. When it comes to...

Do you love trying new and innovative drink recipes? Do you also want to know the nutritional value of everything you put in your body? If so, then you're going to love this new blog post! I have...